Sometimes we find it hard to share our secrets with family, friends, and even partners. In this case, some find an alternative method of getting answers to their problems – by seeking spiritual advice. In fact, the Pew Research Center conducted a study in which 41% of people believe in the advice of psychics.

With that in mind, we decided to have a look at how many people would rather go to a qualified psychic for advice, than a specialised professional or an acquaintance. To find out, we surveyed 2,402 people to list instances where they would rather seek advice from a psychic. 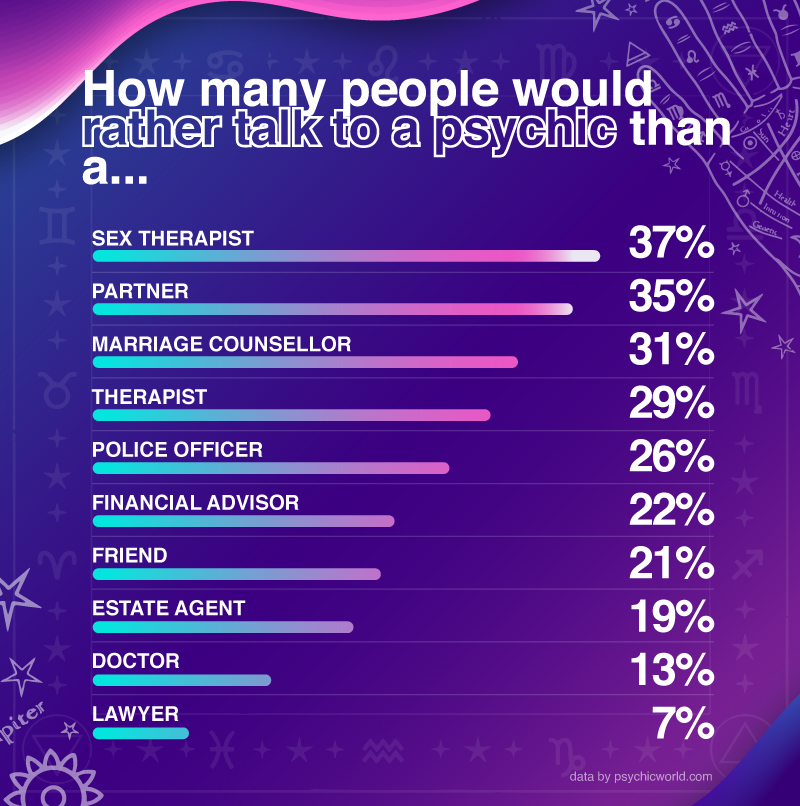 The survey revealed that people feel more comfortable with a psychic than:

When asked What were the most common sex/relationship problems a psychic helped you overcome, most respondents (72%) said it was to find out if their partners were cheating on them. A whopping 68% of people also said they go to a psychic for advice when their sex life is becoming dull.

But can a psychic actually tell you if someone loves you? Find out from our blog post!

Simultaneously, 21% of people revealed they would talk to a psychic rather than a friend. When asked about the reasons why, most respondents said it was because they felt less judged (61%), while others said it’s because they feel it’s more confidential (52%).

Police officers are less approachable than psychics, according to 26% of people, who would rather see a professional psychic to solve legal issues. Similarly, 7% of those taking part in the survey said they would prefer to take advice from psychics, over lawyers. In fact, 41% of those surveyed said that they would take legal advice from a psychic.

What’s more, 13% of people said they would rather see a psychic than a doctor to seek advice regarding their medical problems. 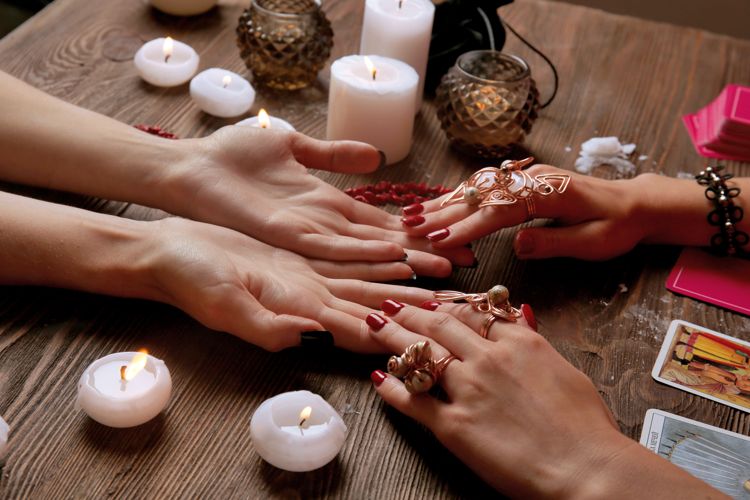 Furthermore, PsychicWorld.com delved into the reasons why the respondents chose to use the services of psychics.

What were the most common sex/relationship problems a psychic helped you overcome?

To find out if my partner was cheating on me (72%)

My partner was not attracted to me anymore (57%)

I was not attracted to my partner anymore (42%)

Why would you choose a psychic over a therapist?

They are better at comforting you (56%)

You get a better connection with a psychic (44%)

They are better at listening (37%)

Why would you talk to a psychic rather than family/friends?

Do you think psychics would be more able to solve crimes than the Police Force?

Would you trust the legal advice of psychics?

Did you feel like the psychic helped you overcome your issues?

For more information, or even a reading, don’t hesitate to check out our qualified online psychics.