How to know if you have psychic abilities?

To answer that question we first need to identify what it means to be a psychic medium and what type of skills they possess.

What is being psychic?

Psychics are individuals with paranormal powers. Paranormal means beyond what’s normal. So, qualifies as a psychic whoever has a gift that not everyone else has. But what exactly does that mean?

Most people with psychic powers gain insights about their surroundings in different ways than most other people. Like everyone else, they use their five senses: they perceive images with their eyes, hear sounds with their ears, smell with their noses, feel with their sense of touch and taste with their tongue.

But on top of that, psychic people also receive information through another channel, or their senses are so sharply tuned that they can also perceive supernatural things. The way in which they obtain that information differs from person to person, but a distinction can be made between some common psychic abilities.

These gifts can be attributed to an increased intuition or a special sensitivity acquired at birth but that can be enhanced through training. Psychic abilities therefore always refer to sharpened sensory or cognitive perceptions. This also means that psychic abilities occur in different degrees. The stronger the gift, the more frequent the observations are and the clearer they are.

How do you know if you are psychic?

If, while reading you had the feeling that you possess one of the gifts listed above, you wight well be a psychic medium. For the sake of simplicity, we've made a list of ten signs that could imply that you have one or more psychic abilities.

Do you recognize yourself in one or more of the experiences and gut feelings described here above? Well, this might mean you do posses psychic medium abilities, at least to a certain extent. The more of the above listed extrasensory perceptions apply to you, the more you can relate to these specific body experiences, the stronger your gift(s) is likely to be. 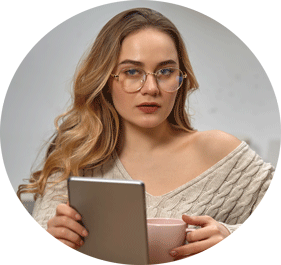 Alisson is PSYCHICWORLD’s Digital News Editor covering parapsychology, supernatural phenomenons, esoteric lifestyle and women empowerment. Previously a featured writer for famous digital brands and spiritual lifestyle reporter at Paravisie, she's specialized in what she refers to as the three pillars of esotery: Health (physical and mental), Wealth, and Happiness.