The history of runes

The runic alphabet, also known as futhark, was used in variations of the Germanic language during the Viking age before the Christianisation of central Europe. They have since then been attributed with magical properties due to their prominent historical role in the study of deity, cosmology and divination.

This ancient writing system, with its mythological origin, was first developed by the Germanic and Norse people around 150 AD to distinguish its symbols from the Latin and Greek literacy. They have since then been attributed with magical properties due to their prominent historical role in the study of deity, cosmology and divination. The word rune originally meant “secret”, “mystery” or "something hidden". 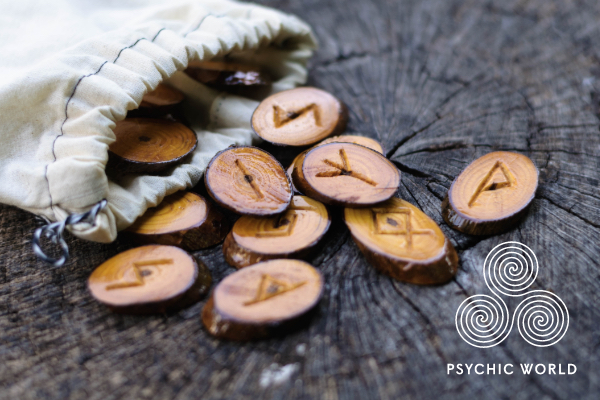 The first account of the runes’ magical power can be found in Roman historian and politician Tacitus’ ethnographic work on researching Germanic tribes and their interpretative rituals. He described, in his work ‘Germania’, its people as having a fierce spirit with a distinct character and an intrinsic connection with both the environment and the spirit world.

The runic alphabet, also known as futhark, was used in variations of the Germanic language during the Viking age before the Christianisation of central Europe.

It was used extensively between 700 AD and 1100 AD in Northern Europe and Scandinavia and was gradually replaced by the Latin alphabet. The symbology of runic inscriptions and runestones persist until this day.

As the earliest artefacts with runic inscriptions were engraved into wood, metal, stone and even bone, such as on amulets, charms and memorials, their folklore and esoteric origins made them tools of worship, prayer and communication with the supernatural. 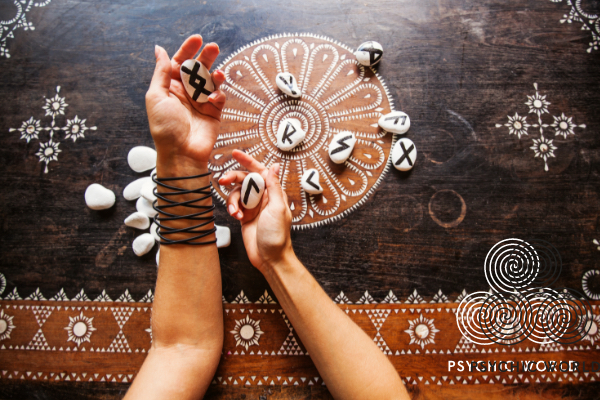 There are variant versions of the alphabet with the three most recognised being the Early Common Germanic or Elder Futhark with its 24 characters (150 - 800 AD), the Anglo-Saxon Futhorc with 28 characters and a further 5 added in the 9th century (400 - 1100 AD), and finally the Scandinavian 16-character version or short twig Norwegian runes, the 16 runes Younger Futhark (800 - 1100 AD) in the 11th century.

The Elder Futhark alphabet is divided into three Aettir with each letter or symbol having a deep and profound phono-semantic meaning. This relationship between sound and symbol with its philosophical and magical significance opens the gateway for communicating with a higher realm.

This is the most famous of the legends due to its association with the Vikings and other Germanic peoples in what is today Norway and Sweden. The god Odin and others from the Norse and proto Germanic mythology like Thor or Wodan have been popularised in recent superhero movies on the big screen.

The legend in the poetic edda goes that Odin, the most prominent god of the Germanic and Norse people, was the one who discovered the runes and its alphabet when he sacrificed himself for humankind by hanging himself for nine days from the world tree ‘Yggdrasil’ that connects the Nine Worlds.

The meaning of the runes 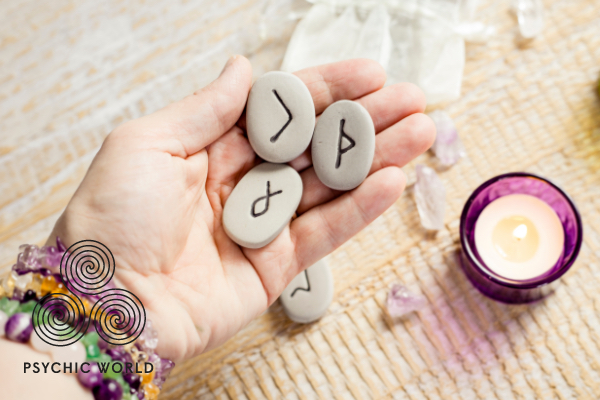 It takes years to master laying out and reading runes as there can be several varying ways to interpret them. However, there are extensive publications on the subject that can help you understand the complex meanings and symbolisms of the runes.

Despite their association with divination, reading runes is more about connecting your subconscious with a higher plane of spiritual enlightenment. The runes will offer guidance and provide a transcendent direction to the path you are seeking.

Before the ceremonial casting of runes, you should ensure you find yourself in a calming environment, devoid of interference, so that you can focus your mind, level your breathing and be utterly at peace and in the moment.

There is no specific ceremonial way of casting the runes, however traditionally they have been drawn from their sack and tossed onto a white cloth in either a three-rune or, according to Norse mythology and magic, in a nine-run cast.

If you are starting out, it is recommended that you begin with a three-rune cast. Whilst focusing on the query you are seeking enlightenment for, take out the runes from their storage pouch without looking at them, and gently toss them.

Reading along the horizontal axis from right to left, decode the meaning of the first, the general representation of your issue, the second, indicating the obstacle or the challenge, to the third and final rune which represents the potential course of action to remedy the situation.

With the nine-rune cast, the tossing process is the same, remaining focused and open to a higher spiritual sentience. However, this time the runes in the middle, rune 4, 5 and 6 will be the core communicators of your current predicament, whereas the three either side represent opposite influences, cause and effect.

If you wish to start out slow, you can concentrate on casting one rune at a time. If the leap from three to nine is maybe a step too fast, then try a five-run cast. In the latter, the rune in the middle will be the most important one, it will be the guide to the help that you seek.

If you would like to experience a rune reading session with someone skilled in the interpretation of the magical significance of these mystical artefacts, you can always turn to some of our experts at PsychicWorld